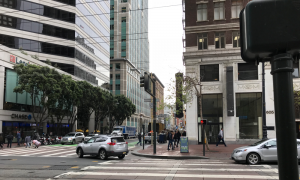 Despite Criticism, CalPERS Moves to Increase Leverage for more Exposure to PE and Credit

The California Public Employees’ Retirement System (CalPERS) is making bold moves, and Rodney Johnson, at research organization Dent Publishing, has issued a warning for California public pensioners as a result. Johnson was a bond trader at Prudential before joining the Dent office. In an email, he wrote: “CalPERS is trying to figure out how it will earn 7% in what looks like a challenging investment environment during the 2020s. The US$ 400 billion fund has come up with an answer: buy more private assets and take on leverage.” CalPERS is seeking “better” investments in private equity and private credit. Johnson says: “Let’s be clear, the higher return potential of private assets comes with higher risk of loss. There is no free lunch.”

The National Review, a U.S. publication focused on policy, wasn’t much more enthusiastic, opining “Despite highest-in-the-nation tax rates, California will be US$ 54 billion in the hole in the coming fiscal year. Might as well roll the dice on some leveraged loans.” But the Review Institute’s Daniel Tenreiro doesn’t fully blame CalPERS management per se, but the environment in which the pension is trying to operate. “The increased appetite for risk is partially the result of a secular decrease in interest rates,” he noted. In this case, the Federal Reserve and its ultra-low rate policy could be considered the bane of savers and their pensions, who cannot afford to fund retirements on U.S. Treasuries anymore.

CalPERS is willing to borrow up to 20% of its assets under management, or US$ 80 billion, to help maximize its returns. Interest rates for borrowing are low, and returns on its strategies are fairly high, so CalPERS could come out smelling like a rose if the transactions go as planned. CalPERS faces interest rate risk and leveraged losses in a nightmare scenario. CalPERS Chief Investment Officer Ben Meng said he was limited to “only a few asset classes” that could provide the sort of returns required to keep the pension on target.

In a recent CalPERS board meeting, only one board member, Margaret Brown, voted against the changes of CalPERS’ investment policy. The policy enables CalPERS to get more exposure into private credit and private equity by suing leverage. The leverage can be equal to 20% of the fund’s investment portfolio.