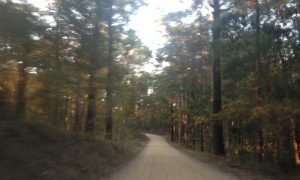 The Bank for International Settlements (BIS) released its annual 2020 report. BIS also has decided to not pay a dividend this year. This is the first time since 1950. The COVID-19 pandemic put severe stress on BIS’ banking department, according to its annual report. Formed in 1930, the BIS is an international financial institution owned by central banks.

The report states that some of the hardest hit sectors or companies by the coronavirus might have no viable future. Recently, Plano-based NPC International, LLC, which is the largest U.S. franchisee of Yum Brands’ Pizza Hut, filed for Chapter 11 bankruptcy on July 1, 2020. NPC International was acquired in 2018 by Eldridge Industries LLC, a holding company headquartered in Greenwich, Connecticut that is led by Todd Boehly.

In the BIS Annual Economic Report 2020, it states, “But as we peer further into the future, a quite different picture could emerge. In this case, we would be speaking not of inflation evolving within the current policy regime, but of a more fundamental change. Here the economic landscape would, in some respects, look like the one that materialised immediately after the Second World War. This scenario could come into being if a lengthy pandemic were to leave a much larger imprint on the economy and the political sphere. In this world, public sector debt would be much higher and the public sector’s grip on the economy much greater, while globalisation would be forced into a major retreat. As a result, labour and firms would gain much more pricing power. And governments could be tempted to keep financing costs artificially low, allowing the inflation tax to reduce the real value of their debt, possibly supported by forms of financial repression. At that point, it would be critical that central banks should be able to operate independently to pursue their mandate in order to resist any possible pressures not to increase interest rates.”

The One Ring to Rule: US Dollar

In June 2020, BIS sent out a press release on its view point that the U.S. dollar remains the pre-eminent international funding currency even as market structure shifts. The June press release states, “US dollar funding: an international perspective finds that US dollar funding is below its peak of a decade ago relative to the size of the global economy, although the US dollar’s share of international funding has returned to the dominant position it held around the turn of the century. The widespread use of the US dollar has benefited participants, but the resulting interconnectedness of the market can also create vulnerabilities.”