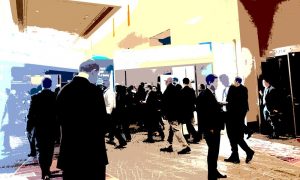 Big news for sovereign wealth funds came out of the Wall Street Journal just before the weekend on Friday July 24, 2020. Citing research out of Invesco and SWFI, WSJ discovered that sovereign wealth funds were lighter on equities than they had been in six years and their enormous wealth of US$ 8.1 trillion could have significant impacts on the world’s economy depending on where it flows. Sovereign wealth funds “are planning instead to channel more money into infrastructure, real estate and private-equity deals.” They “held about 20% of their portfolios in such investments during the first quarter, up from 9% in 2014. Stocks accounted for 26%, while cash dipped to 4%.” What’s more, Invesco says SWFs are planning to further reduce their equity positions. It is also no secret that many large public pension plans and some sovereign investors reshuffled some assets out of listed equities in late 2019. Not all sovereign wealth funds followed this equity-light tactic, as Saudi Arabia’s Public Investment Fund (PIF) gathered direct stakes in name-brand listed companies during the initial onset of COVID-19. Other sovereign funds rejigged their equity investment teams to behave more opportunistically, shoving away some enhanced indexed strategies. However, with monetary policy likely to remain extraordinarily accommodative for the foreseeable future, cash-rich sovereign wealth funds will most likely be pulled toward equity markets in some fashion.

According to a past few SWFI Global Asset Owner surveys, demand for increasing allocation to private infrastructure and private equity have been strong, while hedge fund support was wobbly at best.

What’s wrong with equities? Nothing says Richard Ennis, institutional investment consultant and co-founder of EnnisKnupp. Ennis thinks alternatives are the problem, writing in his article Institutional Investment Strategy and Manager Choice: A Critique, that over a ten year period “alternative investments proved to be a serious drag on institutional fund performance,” and “institutional investors face the prospect of continuing significant underperformance in the years ahead.” This bucks the trend of large funds, such as China Investment Corporation (CIC) flowing into alternatives to theoretically boost returns. CIC has 45% of its US$ 940 billion portfolio in alternative investments. On October 30, 2019, SWFI reported on Chairman of the CIC Peng Chun who said that it was hard to find quality alternative investments. In words that now seem to have foretold the future, he warned a “tough battle” was ahead in the financial landscape.

Richard Ennis is on the side of Warren Buffet, who is a believer in passive index fund investing. Another ally is former SEC attorney and forensic investigator Edward Siedle. Siedle wrote in a July 22, 2020 article on Forbes: “Many state pensions are risking 25-50% of their assets in secretive “black box” alternative funds. If you think your state pension is not heavily invested in high-risk alternatives, think again.” Siedle says pension boards have retired police, firefighters, teachers, or sanitation workers on them that do not or cannot fulfill the mission of the board. Alternative investments that are pitched to struggling pension funds are accepted, fees and all, which Siedle argues are too high. To be fair, the definition of alternative investments is broad, which includes private equity, real estate, infrastructure, hedge funds, and everything else that doesn’t fit into the box of fixed income, cash, and stocks. According to a past few SWFI Global Asset Owner surveys, demand for increasing allocation to private infrastructure and private equity have been strong, while hedge fund support was wobbly at best.

International funds of all kinds simply don’t agree. US$ 157.3 billion Korea Investment Corporation (KIC) has 16.4% of its portfolio in alternatives and is eager to jump back into the water, reported local financial newspaper The Korea Economic Daily: “South Korean pension schemes and sovereign wealth fund KIC have recently restarted overseas alternative investments that had been suspended due to the pandemic by replacing on-site visits with video conferencing meetings, or skipping due diligence.” Skipping due diligence is an especially drastic step in the hunt for alternatives. In 2019, equities returned 27.5% for KIC but alternatives only managed 7.6%. The new alternative KIC is eyeing is not in real estate or infrastructure, but tech startups, and a San Francisco office has been slated to open this year.

An alternative investment that blew up spectacularly was high-flying circus act Cirque du Soleil. Caisse de dépôt et placement du Québec (CDPQ) hiked its ownership to a 20% stake in February 2020. Then coronavirus hit. Cirque du Soleil fired 95% of its workforce in March and sought bankruptcy protection in June to deal with its US$ 900 million in debt and lack of income from performances. Caisse de dépôt et placement du Québec was hit with a double whammy since it also held dozens of shopping malls, many of which it had hoped to unload. Saudi Arabia’s Public Investment Fund and Abu Dhabi’s Mubadala Investment Company were singed in Softbank’s Vision Fund, which was very publicly dragged down by in Adam Neumann’s office startup We Co., of WeWork. Despite legendary founder Masayoshi Son’s track record and early discovery of Alibaba, Softbank also whiffed onWag, a dog-walking app, ride-hailer Uber, Rappi, a South American delivery company, Zume Pizza, and OYO hotels.