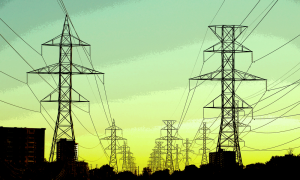 Total Strives for an Indelible Stance in EV Charging

In the wake of the Movin’On Summit, a major sustainable business convention, Total S.A.’s VP of the EV Charge Division, Pierre Clasquin announced Total’s ambitions of becoming a “major player” in Electric Vehicle Charging. Clasquin is a co-founder and former CEO of G2mobility, which was acquired by Total in September 2018. Bpifrance, the French national investment bank, was an investor in G2mobility.

Electric vehicle (EV) charging has been one of Total’s foremost strategic moves in 2020, announcing at the beginning of the year their plans to install 20,000 EV charging stations in Amsterdam. They also announced in late May their plans to develop the first fully-electric aircraft refueller transporter in a joint venture with Gaussin SA. These ambitious projects have been met with some skepticism among investors but Clasquin outlines Total’s strategy for breaking into the market in an article released on the company’s website on July 27, 2020.

Essentially, Total seeks to enter into various “hotspots” of EV charging, pointing to a recent success in the Netherlands, which was the projected implementation of up to 20,000 charging stations in Amsterdam. Total has received a concession from the Amsterdam Electric Metropolitan Region for these EV charging stations. Clasquin then outlined a comparatively underwhelming plan to install 200 charging stations across large towns in Belgium, France, Germany, and the Netherlands by 2023. Additionally, Clasquin announces the goal of operating approximately 150,000 charging points across Europe by 2025. Clasquin then justifies Total’s targeting of markets in France, Belgium, Germany, Netherlands, and Luxembourg through a somewhat vague appeal to expected increased demand for electric vehicles across Europe.

Despite the lack of specifics, Pierre Clasquin and his team have taken the opportunity at Movin’On to show-off Total’s sustainability-centric future. This announcement follows a theme of Total attempting to calm investor anxieties surrounding Total’s ability to adapt to an everchanging and increasingly climate-conscious world economy. At December 31, 2019, BlackRock remains the largest equity shareholder in Total at 6.3% of share capital, versus Total group employees at 5.3% equity ownership.