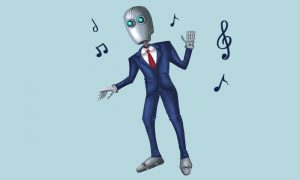 Microsoft Keeps Trying to be the Factotum of the Tech World

Nasdaq darling and popular choice of many large capital pools Microsoft Corporation has done away with dozens of journalists and editors at its popular MSN news site. They have been pounding the pavement in July, or enjoying Fed-induced unemployment checks, since a “small” change at the multinational cost them their jobs. Instead, artificial intelligence (AI) has taken over. The move came as the latest development in a years-long attempt to pare down the news site. Microsoft’s MSN AI has already landed it in hot water for offending women of color that it misidentified. The publicity is reminiscent of Microsoft’s troubles with its chatbot “Tay.” MSN sources its articles from a wide variety of organizations, such as NBC, US News & World Report, People, Glamour, Vogue, CNN, and ET Online. The company doesn’t appear to have any journalistic ambitions for MSN.

Does it matter? Not if Microsoft can capitalize on the trend in remote work. The company continues to see surging demand for its flagship products. Office 365, a monthly subscription service, announced that it reached 180 million active users last year. Microsoft’s cloud software Teams is run through its own cloud platform, Azure. Teams has seen an almost ten-fold increase in traffic since last year according to Comscore. Unfortunately for Microsoft, Teams is widely regarded as free software, despite the pay option, and a license is not required to use it. Microsoft was awarded the U.S. government’s US$ 10 billion JEDI contract, but Amazon may have been unfairly denied the contract and is pushing to have it restored. If President Trump’s attributed quote to “screw Amazon” is correct, Amazon Web Services may be back in the mix. The ramifications on Microsoft for Amazon’s potential return to the contract are enormous. Microsoft is also continuing its side feud with Amazon by not allowing its video game Minecraft to use Amazon’s cloud. Microsoft’s Azure will be the only host for the game’s 126 million users.

Microsoft Fails in Retail and News, but Office is a Lifesaver

Earnings released on July 22, 2020 did not satisfy the market, sending the stock down US$ 4.74 a share in afterhours trading. Microsoft had revenue of US$ 38.03 billion and earnings of US$ 1.46 per share, both better than expected. Even with Azure’s expanded reach, revenue growth slowed to 47%, when it was 59% in the previous quarter. Microsoft’s stores are also no longer operating. Microsoft called this “A new approach to retail.” Forbes said the stores were ordered closed because “They are bad.” In all 83 stores will be affected, but Microsoft will maintain a few showroom stores to preview products.
A new lawsuit, filed in the EU by workflow and communication company Slack Technologies, accuses Microsoft of anti-competitive behavior for packaging Teams with Office 365 and allegedly making it difficult for competitors to operate within the system. Microsoft has been chased by the EU for decades for business practices that were considered uncompetitive. Fines have followed.

Slack spokesman Jonathan Prince said: “Slack threatens Microsoft’s hold on business email, the cornerstone of Office, which means Slack threatens Microsoft’s lock on enterprise software.” Prince says Microsoft doesn’t want to lose any revenue to smaller competitors: “They want 100% of your budget every time.” Slack’s lawsuit, if successful, could create a wedge that will allow other companies to be successful in the Microsoft orbit. Last year, Microsoft co-founder Bill Gates told an audience that his “greatest mistake” was failing to compete with Apple in the phone operating system business. The distraction over a previous antitrust lawsuit was given the blame. Microsoft is used to the bundle strategy, which has worked well for the tech giant for decades. Google, a unit of Alphabet, is right behind Microsoft to copy Microsoft’s tactic of bundling through its G Suite product line.