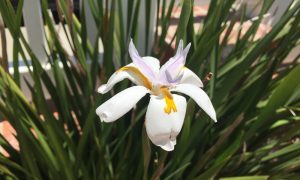 1.24 million Mexican switched from one afore to another from January 2020 to June 2020. In Mexico, 1,244,118 million workers changed their afore in the first half of 2020, as reported by the National Commission of the Retirement Savings System (Consar). The phenomenon occurred in a period where switching accounts is not recommendable as it may translate into losses for the client, due to high volatility in financial markets and depreciation of the siefores (afores’ investment funds). However, clients may feel motivated to switch afores in search of better services and returns. It turns out that Afore Azteca experienced the largest quantity of new accounts and net new accounts (new accounts minus closed accounts), as well as the highest return in the first semester compared to other afores; 256,403 net new accounts and returns of 19.4% on its basic siefores. Coppel and Citibanamex follow Afore Azteca in the number of new accounts but are exceeded by the number of their closed accounts, leading to negative net new accounts of -58,463 and -92,044, respectively. Other winners in terms of net new accounts after Azteca are SURA (11,104) and Invercap (2,746). In terms of returns, Afore Azteca is followed by Coppel (12.14%) and Profuturo (9.48%). Unemployment withdrawals from afores in the first half of 2020 doubled from last year.

Mexico is Latin America’s second largest economy. Mexico’s gross domestic product (GDP) dropped 17.3% in the second quarter from the previous three months in seasonally-adjusted terms, according to preliminary data from the INEGI national statistics agency. The coronavirus (COVID-19) death toll in Mexico hit 44,876, with 737 additions over the past day, according the country’s Health Ministry. The total number of cases rose to 402,697.

Mexican afores are also undergoing another brutal reality. Unemployment withdrawals from Mexican pension funds reached more than US$ 80.5 million in the first six months of 2020, more than double the US$ 40 million that were claimed in the same period last year, according to Consar. The Mexican Institute of Social Security (IMSS) informed that 83,311 formal jobs were eliminated in June alone, and ever since the COVID-19 pandemic started, more than one million jobs have been slashed.

The current unemployment withdrawal framework allows workers to withdraw funds as long as they have been unemployed for a minimum of 46 days and they have not withdrawn in the last five years. Legislators have been considering potential modifications to this framework due to the large increase in filings for withdrawals. Proposed modifications include eliminating the minimum time a person must have been unemployed to make a withdrawal, as well as eliminating the five-year rule.