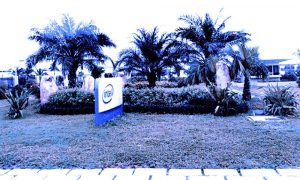 Will Global Institutional Investors Stick with Intel After Major Hiccups?

The “Intel Inside” trademark has been promoting the chip-maker since 1991, setting off a buying frenzy for computers that featured the logo. For decades, Microsoft and Intel held the reins to the personal computer market, just as the average person was buying a first, and even second or third, computer. What Intel calls “The Intel and Microsoft Partnership” has continued on during the era of cloud storage. Intel is betting big that Microsoft’s cloud platform Azure will keep the good times rolling. However, as times changed, Apple, Google, and others moved in on Microsoft’s enormous territory. Intel played both sides by supplying Apple as well as Microsoft. Until now. Apple is no longer interested in using Intel’s chips and may be developing its own.

Intel Corporation remains a dominant player, but competition from Micron, Nvidia, Samsung Corporation, AMD, and others has made the future less clear. Tech watchers are speculating that competitors will take some of Microsoft’s business from Intel, causing further worries for the historic tech company. Further stressing shareholders was the July 27, 2020 announcement that Intel is dropping its Chief Engineering Officer and Group President for the Technology, Systems, Architecture, and Client Group (TSCG). His departure will save Intel the US$ 26,885,400 he is paid (total compensation) annually. Intel got hit in the stock market when it failed to disclose to investors that it identified a defect mode in its 7-nanometer process that resulted in yield degradation. The next-generation 7-nanometer chips are expected to be delayed until 2022.

Intel’s revenue was up year over year 20% to US$ 19.7 billion. Computer sales are up 7% due to people working remotely and needing updated machinery, and because Microsoft ended support for its popular Windows 7 operating system. Microsoft and Intel would benefit from more people dropping their Windows 7-based computers, but as PC Mag discovered months ago, “Windows 7 users aren’t hurrying to upgrade.” Tech Radar’s website declared “Windows 7 users are refusing to upgrade to Windows 10” and noted a 25.2% market share for the supposedly out of date software. A movement has sprung up to find ways to stay on Windows 7 regardless of Microsoft’s plans, and thus avoid subscription fees. If users can’t stay on Windows 7 permanently, pent up demand could help Intel down the road. One area that Intel enjoyed was its data center sales, which managed a 43% increase in the second quarter of 2020.

CEO Bob Swan called the quarter “excellent.” However, the overall picture worried investors who dumped shares on the announcement. Intel has not enjoyed the meteoric rise of other tech companies over the last several years, such as Amazon, Microsoft, and Apple. Intel also reported another delay in its next-generation chips. Even good news quickly faded in the announcement. Though there was increased demand for new computers and software to work from home, and cloud-based storage rates were looking strong, Intel warned: “The COVID-19 pandemic could materially adversely affect Intel’s financial condition and results of operations.” Disruptions in manufacturing, with vendors, suppliers, and the ability for customers to pay for new technology were listed as potential problems.