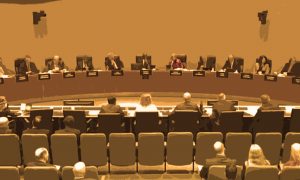 The Chief Investment Officer of the California Public Employees’ Retirement System (CalPERS), Ben Meng, resigned after about a year and a half in the position. Ben Meng was appointed CIO in January 2019 and before CalPERS was Deputy CIO at China’s State Administration of Foreign Exchange (SAFE). Meng helped oversee China’s massive pool of foreign exchange reserves. Ben Meng’s exit from CalPERS could stem from issues with his required state financial disclosure form. Government officials disclosed that the 2019 filings did not show that he disclosed personal stock sales and that he had a potential conflict of interest by holding listed equity shares in three private equity firms (the Blackstone Group, Carlyle Group, and Ares Management) that did business with CalPERS. An emergency meeting of the CalPERS board plans to be held on August 17, 2020 to see whether Ben Meng violated California state law with his financial disclosure filings.

CalPERS is the biggest public sector pension fund. As CIO, Ben Meng was tasked to implement major reforms at the pension giant, including moves to add a private debt asset class.

In late February 2020 and March, CalPERS assets dropped massively by US$ 70 billion, mainly caused by the COVID-19 pandemic. CalPERS posted a return for 4.7% for the 2019-2020 June 30th fiscal year. CalPERS has a 7% annual performance target.

Meng is a U.S. citizen who grew up in China. He was accused by Congressman Jim Banks of being a tool for the Chinese government. Meng was hired for his job at SAFE through a Chinese government recruitment plan known as the Thousand Talents Program. Meng rejected Banks’s claims. The heightened U.S. and Chinese tensions over trade, technological dominance, and espionage has ratched up over the past decade.