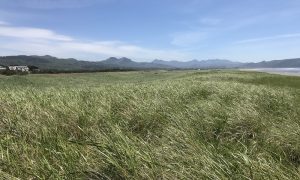 SPACs are Making a Comeback in 2020

Initial Public Offerings (IPOs) are losing some of their luster. There is a different fundraising method that’s shedding its spotty reputation and rising in popularity. Special Purpose Acquisition Companies (SPACs), also known as blank check companies, are alternative fundraising methods that are quicker and easier to manage than IPOs. As the IPO market remains a bit broken, these SPACs are becoming the new private equity. SPACs generally lets existing management remain in charge, similar to private equity at times. In addition, both private equity and SPACs can add debt to a target company’s balance sheet, but only one is keen on following up with dividend recaps. Renaissance Capital concurs with a broken IPO market, writing of its own findings: “The 2020 IPO market saw its slowest March and April in over a decade, as volatility essentially shut the IPO window. Just seven IPOs priced during the past two months, a 70% decline from the 15-year average of 23 IPOs.” As a result, SPACs have gained momentum. SPACs are shell companies, also known as blank check companies, that raise funds for other organizations. It’s considered a “back door phenomena” says Davidson.

Bill Ackman, who had a long-running fight against Herbalife and Carl Icahn which he eventually lost, has used a SPAC to fund minority, women, and veteran-owned companies through his Pershing Square Tontine Holdings (PSTH-UN). US$ 4 billion was raised, and Pershing Square will be contributing at least another US$1 billion to that amount. Pershing Square is no stranger to SPACs after co-sponsoring a company that would eventually merge into Restaurant Brands International nearly a decade ago.

Using a SPAC, investors can take their money out at an agreed upon price if they do not approve of the companies selected for investment. However, protections are in place to prevent SPAC investors from pulling their money at inopportune times, such as before a deal closes. The concept appeals to long term investors who want an experienced investor making decisions with their capital and not charging the infamous 2 and 20 to do so (that’s 2% fees and 20% of profits). For example, Alberta Investment Management Corporation, which oversees the Alberta Heritage Fund, disclosed on April 28, 2020, that it held 4,099,000 shares of Class A common stock, or 5.9% of the share class, in Los Angeles-based Flying Eagle Acquisition Corporation Eagle Equity Partners II, LLC is the sponsor of the Flying Eagle Acquisition Corporation.

The IPO market took a beating in 2019 after Uber and Lyft disappointed and WeWork retreated under fire about valuations. Repercussions were felt throughout the investment world, and skepticism seemed to replace the optimism inherent in the IPO market. Years before, the Facebook IPO had a similar fate in 2012 before eventually reversing course. As a result, it is apparent that a poor IPO can turn a corner in the long run, but the excitement of quick price increases following an IPO have been tamped down. Investors may also be worried about buying into the next all-flash little-substance company, such as Pets.com, a heavily promoted IPO that resulted in liquidation two years later. Pets.com lives on as the face of the dot-com crash.