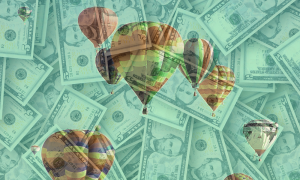 Munich-based Wirecard AG imploded in June 2020 after its long-time auditor EY GmbH (EY) would not sign off on its 2019 accounts over fund verification, admitting that €1.9 billion in cash receipts probably never existed. That revelation set off dominoes which led to the eventual fall of Wirecard. Wirecard subsequently filed for insolvency owing debts of €3.2 billion, with firm executives being arrested on suspicion of fraud and racketeering.

Litigation funding giant Omni Bridgeway (UK) Limited (Omni Bridgeway) announced its planning to financially back potential litigation on behalf of shareholders in Wirecard against EY alleging a series of deficient audits and seeking damages as a result. Wirecard is currently under administration working with Jaffé Insolvency.

Noah Wortman, Senior Manager, Collective Redress at Omni Bridgeway said: “The nature and circumstances surrounding Wirecard’s insolvency is such that it makes it inevitable that serious claims would be levied and pursued against EY.”

He further added, “Omni Bridgeway’s proposed funding of this litigation seeks to provide Wirecard shareholders access to justice and possible redress, given that the prospects of recovering from Wirecard itself are quite limited.”

EY denied liability in a statement arguing that even the most robust audit procedures could not uncover this type of collusive fraud.