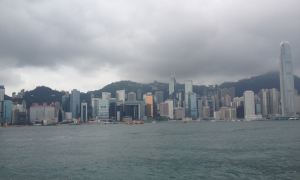 Institutional investors are carefully watching the outcome of the U.S. Presidential election that is shaping up in November and at the same time watching their Chinese equity portfolios, especially exposure to the technology sector.

“In response to that wrong U.S. behaviour, China has decided to impose sanctions on individuals who have behaved egregiously on Hong Kong-related issues,” Chinese foreign ministry spokesman Zhao Lijian told a regular press briefing on August 10, 2020.

As the passionate U.S. Presidential race heats up, it is clear that China prefers a Democrat presidency, as the Trump administration has taken a hard line on China on trade, CFIUS, M&A, TikTok, sanctions, stock market listings, etc. The list goes on.

U.S. House Speaker Nancy Pelosi in recent television appearances believes that the threats posed by Russia, China, and Iran to interfere in the U.S. Presidential election are not equal. The Democrats believe that Russia prefers a Trump presidency. Making things more complicated is that during the Obama administration, the former U.S. Vice President Joe Biden’s son was involved in a US$ 1 billion private equity deal that expanded to US$ 1.5 billion with a unit of the Bank of China. Biden’s son had little experience in private equity. Trump’s action on China, in which some Democrats have latched onto, has impacted China’s ability to run the table in cross-border M&A deals in 2020.