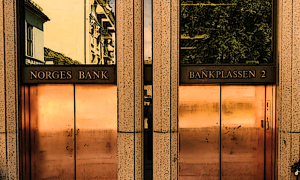 Asset management CEO Nicolai Tangen now plans to move his stake in AKO Capital to a charitable foundation and restructure his other investments in a bid to keep his job as upcoming CEO of Norges Bank Investment Management (NBIM), the organization that oversees Norway Government Pension Fund Global.

“We are of the opinion that the agreement, which the Executive Board has now endorsed, addresses the concerns raised by the Storting’s Standing Committee on Finance and Economic Affairs on the contract of employment with the new CEO of Norges Bank Investment Management (NBIM)”, says the Chair of Norges Bank’s Executive Board, Øystein Olsen in a press release.

2. Tangen has further stated that he will change the way his personal fund investments are managed, so that all assets are held as bank deposits.

3. These matters have now been clarified and agreed, enabling Nicolai Tangen to take office on 1 September. The actual implementation will take somewhat more time.

“The Executive Board has been of the opinion that the contractual framework surrounding Tangen’s employment contract was sufficient in preventing potential conflicts of interest, but we have noted, of course, that the Storting takes a different view. Their concerns are something the Executive Board, in dialogue with Nicolai Tangen, has now addressed”, says Olsen.

“I have taken these actions to remove any doubt about which hat I am now wearing. I want to be CEO of the oil fund, and have only one objective: Creating wealth for future generations”, says Nicolai Tangen in the release.