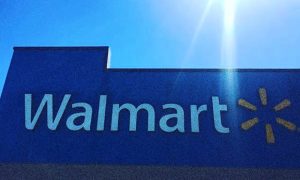 In the Trumpstakes for buying TikTok from Beijing-based ByteDance, Walmart Inc is linking up with Microsoft Corporation to form a bidding group. ByteDance has been in talks to sell TikTok’s North American, Australian and New Zealand operations. Other bidders include Oracle, which could be bidding around US$ 20 billion and a possible earn-out option. TikTok has a massive U.S. audience.

TikTok CEO Kevin Mayer resigned from his position. He was the former Head of Streaming at The Walt Disney Company. TikTok will be led for now by general manager Vanessa Pappas.

“In recent weeks, as the political environment has sharply changed, I have done significant reflection on what the corporate structural changes will require, and what it means for the global role I signed up for. Against this backdrop, and as we expect to reach a resolution very soon, it is with a heavy heart that I wanted to let you all know that I have decided to leave the company,” Kevin Mayer said in a letter to employees.

“I understand that the role that I signed up for — including running TikTok globally — will look very different as a result of the US administration’s action to push for a sell off of the US business,” he added.