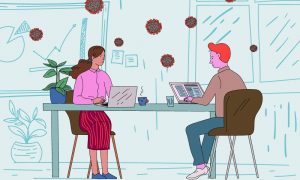 At the start of September 2020, Brazilian president Jair Bolsonaro announced the extension of the emergency aid program until the end of 2020, a program that targets Brazilians that have been economically affected by the COVID-19 pandemic. Bolsonaro’s popularity is currently at a peak since he took office in January 2019, as approval for the right-wing president reached 37% in August from 32% in June, according to pollster Datafolha.

In April 2020, he had launched the benefits plan that delivered 600 reais (approximately US$ 110) per month to those who have lost their jobs or that are earning less due to the pandemic, and under the new plan, payments will be halved to 300 reais. Around 65 million households are currently receiving the payments. Bolsonaro had previously confirmed his plan to extend the program on August 21st, but he had not decided on the value of the payments by then.

In early August 2020, the government had expressed their financial inability of sustaining the program for much longer; Bolsonaro explained that the monthly cost of the payments was approximately US$ 9.45 billion (50 billion reais), which has taken a huge toll on federal finances, and that trying to maintain it would “break the economy”. Economy Minister Paulo Guedes said the program extension of four months will cost another US$ 18.6 billion (100 billion reais). The program has been widely believed to help prevent a depression; even though Brazilian GDP suffered a contraction of 9.7% in the second quarter of 2020 (according to the Brazilian Institute of Geography and Statistics) and is considered to have officially entered a recession, the economic downturn has been less colossal than for other emerging economies like Mexico.

Brazil currently has the second worst COVID-19 outbreak in the world after the U.S., having recorded 3.96 million cases and over 122,000 deaths, as of September 2nd. Sao Paulo is Brazil’s worst hit state with more than 855,000 confirmed COVID-19 infections and 31,000 deaths attributed.