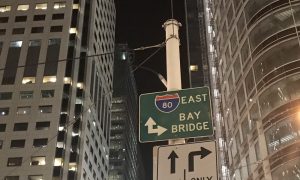 On September 15, 2020, Social Capital Hedosophia Holdings Corp. II, a Cayman Islands exempted company limited by shares, announced that it entered into an agreement to merge with Opendoor Labs Inc., a Delaware corporation. Founded in 2014, Opendoor has reinvented the real estate transaction, offering an on-demand, digital experience to buy and sell a home. In 2019, Opendoor sold more than 18,000 homes, generating US$ 4.7 billion in revenue. The business combination values Opendoor at an enterprise value of US$ 4.8 billion

Chamath Palihapitiya, Founder and CEO of Social Capital Hedosophia II, said in a press release, “We created the IPO 2.0 platform to identify and partner with iconic technology companies with proven management teams and assist in their transition to the public markets. Opendoor perfectly embodies this vision. The Company is transforming the $1.6 trillion residential real estate market by combining a superior user experience, streamlined operations and machine learning to create a seamless digital experience. We are excited to work with Eric and the supremely talented Opendoor team to unlock home ownership for millions of Americans.”

The transaction is expected to deliver up to US$ 1 billion of gross proceeds, including the contribution of up to US$ 414 million of cash held in Social Capital Hedosophia’s trust account from its initial public offering in April 2020. The transaction is further supported by a $600 million PIPE at $10.00 per share, with US$ 200 million from entities affiliated with Social Capital Hedosophia, including US$ 100 million from Chamath Palihapitiya, US$ 58 million from Hedosophia, and the remainder from existing Opendoor shareholders, Access Industries and Lennar Corporation, along with Opendoor management. New investors to Opendoor via additional PIPE contributions include funds and accounts managed by BlackRock and Healthcare of Ontario Pension Plan (HOOPP). Existing Opendoor shareholders have agreed to roll 100 percent of their equity into the new company. Upon completion of the transaction, Opendoor expects to have up to US$ 1.5 billion in cash on its balance sheet to fund operations and support new and existing growth initiatives. All references to cash on the balance sheet, available cash from the trust account and retained transaction proceeds are subject to any redemptions by the public shareholders of Social Capital Hedosophia and payment of transaction expenses.

PIPE Breakout
1. $100 million from Chamath Palihapitiya
2. US$ 58 million from Social Capital Hedosophia Holdings Corp. II
3. US$ 42 million from existing Opendoor shareholders, Access Industries and Lennar Corporation, along with Opendoor management.
4. US$ 400 million from additional PIPE contributions include funds and accounts managed by BlackRock and Healthcare of Ontario Pension Plan (HOOPP)

The transaction, which has been unanimously approved by the Boards of Directors of Opendoor and Social Capital Hedosophia, is subject to approval by SCH’s shareholders and other customary closing conditions.