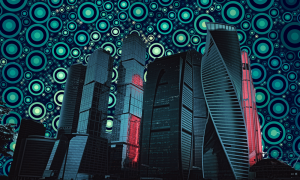 RDIF and ME SWFs Invest in NtechLab

The Russian Direct Investment Fund (RDIF) and a group of sovereign wealth funds from the Middle East have completed their investment of more than 1 billion roubles in NtechLab, a company dedicated to computer vision systems based on artificial intelligence (AI) and neural networks.

According to the press release, “The investment by RDIF and partners will enable NtechLab to expand its technology and product range, supporting the company’s active expansion in the key markets of the Middle East, Southeast Asia and Latin America.

In 2020, NtechLab technologies have been used in urban video surveillance systems in major cities to counter the spread of coronavirus infection. The NtechLab solution allows the user to monitor compliance with the quarantine regime, monitor large gatherings of people, and also implement access control with facial identification, despite the presence of a protective mask. NtechLab’s customer network includes more than 30 large clients in 15 countries including in the CIS, Middle East, Latin America, Southeast Asia and Europe.”

NtechLab’s products for facial recognition were actively used in several cities during the 2018 FIFA World Cup in Russia and contributed to the arrest of more than 100 persons on the federal wanted persons list.