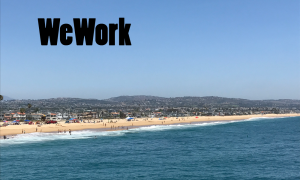 Looking to reduce cash flow risk, WeWork inked a deal to sell control of its China unit to an investor group led by Trustbridge Partners, a growth equity firm formed in 2006. Trustbridge Partners is an investor in WeWork. WeWork will retain a minority stake in the China business, which secured $200 million in new funding from the investor group and named Trustbridge’s Michael Jiang as acting CEO. WeWork also will receive an annual brand licensing fee. As of late 2019, according to filing data, WeWork held a 59% stake in WeWork China.

“WeWork China has built a business that has cemented WeWork’s position across the region as the market leader in flexible space,” said Sandeep Mathrani, CEO of WeWork in a press release. “The value proposition and long-term potential for WeWork is increasingly clear as the demand for flexibility at scale comes to the forefront of businesses around the world. This investment is a testament to our business and in Trustbridge we have truly found the best local partner for WeWork China’s next chapter.”

After almost a year of failing to IPO and jettisoning its founder Adam Neumann, WeWork continues to struggle at a greater level in COVID-19 lockdowns. WeWork is working to reduce its massive lease liabilities. WeWork rival Regus Corporation already placed nearly 90 of its locations into Chapter 11 bankruptcy over the past few months, including several in New York City, Chicago, and San Francisco.