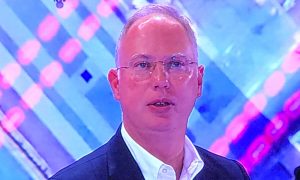 The Russian Direct Investment Fund (RDIF) and its ally investors such as sovereign wealth funds in the Middle East, have become anchor investors in the secondary public offering (SPO) of Aeroflot. The total value of the placement is at least RUB 80 billion. RDIF attracted other investors into the SPO of Aeroflot, Russia’s national carrier.

According to the press release, “Aeroflot is the flagship carrier of Aeroflot Group – Russia’s largest airline and among the top 20 airlines globally by passenger numbers. In 2019, Aeroflot had 41.3% market share in Russia and the group operates one of the youngest fleets of any global carrier operating more than 100 aircraft, with an average aircraft age of five years. As of the end of 2019, Aeroflot had a total of 245 planes in operation.”

The largest stakeholder in PJSC Aeroflot is the Russian Federation, represented by the Federal Agency for Property Management (Rosimushchestvo), which has a stake of 51.17% in Aeroflot. 40.9% of total common shares are free floating.

VTB Capital is acting as Sole Global Coordinator and Bookrunner of the Offering. White & Case LLP is acting as international legal counsel.