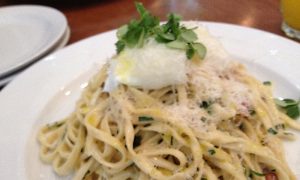 The Russian Direct Investment Fund (RDIF) and Italy’s Barilla Group, a global producer of pasta and bakery products, announce plans of investing jointly over EUR 100 million to expand the company’s business in Russia. The investment program will enable Barilla’s Russian subsidiary – Barilla Rus – to significantly increase scale of its operations and level of production localization on the local market.

According to the press release, “As a first step, it is planned to build the most technologically advanced mill for the production of durum wheat semolina in Eastern Europe, and subsequently – a new semolina pasta plant in the Moscow region.

Financing for the project will be provided in tranches, with the first investment already completed by the parties. RDIF and Barilla partnership will be a relevant enabler to keep on developing Barilla’s Russian business in the course of 2021-2023. Barilla’s strategy is focused on expanding the business and increasing market share in Russia and the construction of new facilities will help Barilla achieve its growth targets in Russia in the coming years.”

Barilla Group is a family company, not listed on the stock exchange, chaired by brothers Guido, Luca and Paolo Barilla. It was founded by their great-grandfather, Pietro Barilla, who opened a bakery in Parma in 1877.