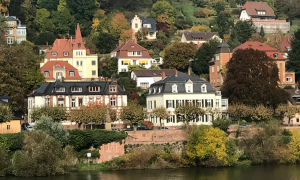 Allianz Capital Partners GmbH, a unit of Allianz SE and Spanish telecommunications company Telefónica, S.A. have formed a partnership company to invest up to €5 billion to expand fibre-to-the-home (FTTH) network in Germany. The newly-formed company will be 50% owned by Allianz and Allianz European Infrastructure Fund with Telefonica holding the remaining stake via a 40% holding by its infrastructure arm and a 10% stake through its Telefónica Deutschland subsidiary. The joint venture will act as an independent wholesale company to deploy fibre optic networks across Germany

The deal is subject to to regulatory approval.

Telefónica was created in Madrid in 1924 as Compañía Telefónica Nacional de España (CTNE) with ITT as one of its major shareholders. In 1945, the Spanish state acquired by law a share of 79.6% of Telefónica. This government stake in Telefónica was diluted by a capital increase in 1967.