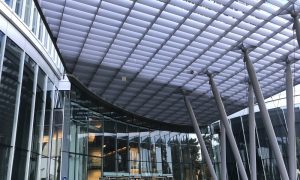 Equis Development will finance and be responsible for every stage of an asset’s lifecycle from origination, procurement, construction, engineering and development through to operations and maintenance, asset management and performance optimization. Equis Development plans to commit over US$ 2 billion into renewable energy and waste infrastructure assets across Australia, Japan, and South Korea over the next two years.

Credit Suisse was the financial adviser to the Ontario Teachers Pension Plan and ADIA on the transaction.

Equis raised over US$ 2.7 billion in private equity capital in a series of funds including Equis Asia Fund I, Equis Asia Fund II, and Japan Solar. In October 2017, Global Infrastructure Partners led an investor group to buy Equis Energy, a Singapore-based developer of renewable power projects, for US$ 5 billion including debt. Other investors that bought Equis Energy were the China Investment Corporation (CIC) and PSP Investments. The transaction includes assumption of debt liabilities of US$ 1.3 billion. After Equis divested a majority of these assets to the GIP investor group, the company changed its course.