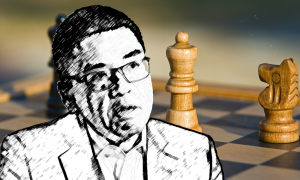 Singapore’s GIC Private Limited and Onex Corporation led a consortium of existing and new co-investors in committing to invest US$ 1 billion in Convex Group Limited, a specialty insurer and reinsurer focused on complex risks. The capital raise includes more than US$ 300 million from the Onex Group, including US$ 200 million from Onex Partners V. This capital raise is subject to customary regulatory approvals. This additional US$ 1 billion in capital commitments brings Convex’s total committed capital raised to more than US$ 2.7 billion.

Convex launched with US$ 1.7 billion of committed capital in April of 2019 and that was raised from the Convex management team, Onex Partners V, PSP Investments, and a consortium of co-investors.

Convex underwrites insurance and reinsurance across a diverse range of business lines including aerospace, casualty, energy, marine, property, and other lines of business. Convex is led by Stephen Catlin and Paul Brand. Convex has operations in London and Bermuda.

Advisors for the current investment raise

Deloitte Corporate Finance acted as M&A advisor, Oliver Wyman acted as commercial and operational due diligence advisor and Sidley Austin LLP acted as legal counsel to GIC in this transaction.