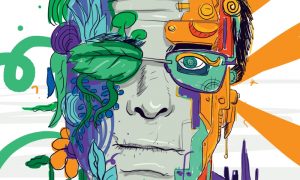 Did BlackRock’s Larry Fink Just Give Some Bit of Approval on Bitcoin?

BlackRock Inc is the world’s largest asset manager and oversees some US$ $7.81 trillion in AUM. BlackRock is run by Larry Fink.

At the Council on Foreign Relations, in a chat between Fink and former Bank of England Governor Mark Carney, Fink mentioned that bitcoin has caught the attention of Wall Street if not his own.

“Bitcoin has caught the attention and the imagination of many people. Still untested, pretty small market relative to other markets,” said BlackRock’s Larry Fink. Fink added that “these big giant moves every day…it’s a thin market. Can it evolve into a global market? Possibly,” he concluded.

A reminder that most of Wall Street, including BlackRock makes money in bonds, stocks, and alternative investments such as private equity, real estate, hedge funds, and infrastructure.