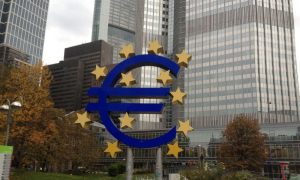 The COVID-19 lockdowns have exacerbated the growth of sub-zero sovereign debt. Spain’s 10-year bonds were the latest to join the negative sovereign debt group, with rates falling below 0% for the first time. Portuguese 10-year bond yields also dropped below 0% this week. Roughly US$ 1 trillion of bonds have seen their yields turn negative this week. Bloomberg’s calculations show that 27% of the world’s investment-grade debt is now below-zero. This means buyers of these bonds are willing to pay a high enough price for the debt that they are guaranteed to make loss if they hold it to maturity. The low, zero and below-zero interest rates, Western governments have been able to raise large amounts of debt essentially for free. Central banks have been buying up the sovereign debt faster than governments can throw at them.

Institutional investors are being forced to take on more risk in fixed income and they are doing so. The central banks are doing a lot of the buying, thus rapidly increasing the size of their respective balance sheets. Why would anyone want to buy a bond with a negative yield?