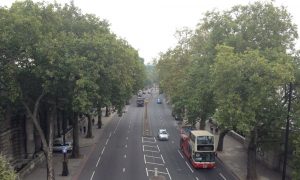 The U.K.’s Financial Conduct Authority (FCA) fined former hedge fund official Corrado Abbattista 100,000 GBP (US$ 134,000) for market abuse and banned him from the industry. Abbattista was a portfolio manager, partner and Chief Investment Officer at London-based Fenician Capital Management LLP. London trader Abbattista repeatedly placed “large misleading” orders for Contract for Differences (CFDs), referenced to equities, between January 20, 2017 and May 15, 2017, which he did not intend to execute, the FCA said earlier.

“Following an investigation, the FCA found that Mr Abbattista, an experienced trader, engaged in market abuse by creating a false and misleading impression as to the supply and demand for equities between 20 January and 15 May 2017,” said the FCA in a statement.