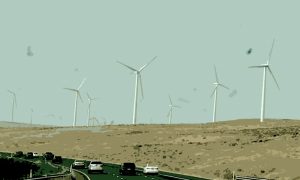 Caisse de dépôt et placement du Québec (CDPQ) made a US$ 1 billion commitment to Invenergy Renewables LLC (Invenergy), the largest private developer, owner and operator of wind and solar projects in North America. This commitment is in the form of new investment facilities.

CDPQ’s long-term partnership with Invenergy, which began in 2013 with a stake in a portfolio of operating wind farms developed by the company. In the year that followed, CDPQ acquired a direct stake in Invenergy, thus increasing its exposure to the development of renewable energy projects. Over the years, CDPQ has gradually expanded its investments in the ​​​​​​​company. At 2018, CDPQ had a 52.4% economic ownership of Invenergy Renewables, while the company retained managerial control.

Invenergy Renewables is a company involved in the development of wind, solar, and energy storage projects. Invenergy has extensive expertise in the various segments of the industry’s value chain, including in the development, construction, operations and maintenance of renewable energy projects. Invenergy was formed in 2001 after the sale of SkyGen Energy to Calpine Corporation by energy veteran Michael Polsky. Michael Polsky founded SkyGen Energy (originally called Polsy Energy Corporation), a developer, owner, and operator of natural gas-fueled generating plants, in 1991. Calpine Corporation bought SkyGen Energy LLC in 2001. Polsky put in a bulk of his net worth, around US$ 120 million, into Invenergy. Invenergy developed its first project in 2003.

Invenergy’s most ambitious project to date was Wind Catcher. Wind Catcher was designed to create 2,000 megawatts of capacity from 800 turbines in Oklahoma at a cost of US$ 4.5 billion. The project has been scaled down to US$ 2 billion.