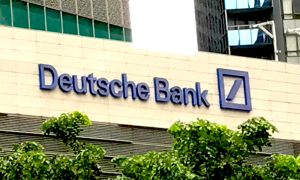 Deutsche Bank AG agreed to pay nearly US$ 130 million to settle bribery and spoofing charges. Investigations by the U.S. Justice Department (DOJ) and the Securities Exchange Commission (SEC) found that between 2009 and 2016, Deutsche Bank forked over US$ 7 million in hidden or improper payments to consultants and third-parties to help land deals in Saudi Arabia, Abu Dhabi, China, and Italy.

According to the SEC press release, “According to the SEC’s order, Deutsche Bank engaged foreign officials, their relatives, and their associates as third-party intermediaries, business development consultants, and finders to obtain and retain global business. The order finds that Deutsche Bank lacked sufficient internal accounting controls related to the use and payment of such intermediaries, resulting in approximately $7 million in bribe payments or payments for unknown, undocumented, or unauthorized services. The order further finds that these payments were inaccurately recorded as legitimate business expenses and involved invoices and documentation falsified by Deutsche Bank employees.”

The SEC’s order finds that Deutsche Bank violated the books and records and internal accounting controls provisions of the Securities Exchange Act of 1934. Deutsche Bank agreed to a cease-and-desist order and to pay disgorgement of US$ 35 million with prejudgment interest of US$ 8 million to settle the action. The SEC did not impose a civil penalty in light of the US$ 79 million criminal penalty paid in the criminal resolution.

From the SEC ADMINISTRATIVE PROCEEDING File No. 3-20200, “Consultant B –Abu Dhabi BDC

17. Between 2010 and 2011, Deutsche Bank retained and paid Consultant B to obtain a specific deal (“Project X”) with an Abu Dhabi sovereign wealth fund (“Abu Dhabi SOE”). Consultant B approached Deutsche Bank about Project X and within weeks of that meeting, Deutsche Bank employees understood that Consultant B’s brother would also be involved in the proposed BDC engagement, although Deutsche Bank did not immediately engage either of them.

19. Deutsche Bank employees working on Project X encouraged the Bank to finance the mega-yacht in order to influence the Abu Dhabi SOE Official and better position Deutsche Bank to obtain Project X. The Bank agreed to do so. Despite that, a banker working to obtain Project X expressed concern that there was still “no guaranty” that Deutsche Bank would win Project X and told a senior executive at Deutsche Bank, “We need to close the [Consultant B and brother] angle within the next 48hrs. Need ur [sic] leadership and influence on getting it thru GMRAC.” The senior executive agreed to sponsor the BDC arrangement, but expressed concern about entering into a BDC arrangement shortly before Project X would be awarded.

21. Consultant B’s engagement was approved by the then-Global Markets Risk Assessment Committee (“GMRAC”), which included senior-level Deutsche Bank executives. Despite the requirements of the BDC Policy, the GMRAC at the time approved the engagement despite the lack of due diligence on Consultant B, and without assessing or mitigating corruption risks and conflicts of interest related to the retention which included: 1) Consultant B was related to the Abu Dhabi SOE Official, a key decision maker at the SOE from which Deutsche Bank sought business; 2) Consultant B had no known qualifications for the role; and 3)the fact that the Abu Dhabi SOE Official had made repeated requests to Deutsche Bank to finance a mega-yacht as a means to help position Deutsche Bank to obtain Project X.

23. Consultant B was paid approximately $3.5 million without invoices or other documentation to support the payments; the agreement itself did not call for Consultant B to perform any services other than to provide generic advice and introductions; and the payments were not proportionate to any legitimately rendered services. Despite this, a senior Deutsche Bank executive approved the payments. As a result, Deutsche Bank was unjustly enriched by approximately $30 million.”