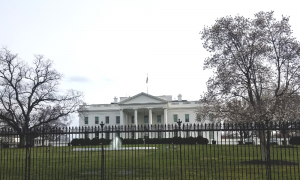 Big pharma is smiling big right now. The big three insulin producers are Eli Lilly and Company, Novo Nordisk A/S, and Sanofi S.A., in which they dominate more than 90% of the world insulin market by value. After swearing-in, U.S. President Joe Biden’s HHS froze the Trump administration’s December 2020 drug policy that mandates community health centers to pass on all their insulin and epinephrine discount savings to patients.

The rule was finalized in late December 2020. The drug rule was put in place to benefit patients who have a hard time paying for expensive insulin and allergy medication. Former President Trump campaigned on lowering the price of important pharmaceutical drugs like insulin, which is used to treat diabetes, and epinephrine. Diabetes afflicts over a quarter of Medicare beneficiaries and drives billions in Medicare spending every year. More than 20 million Americans have diabetes, in which the body fails to properly use sugar from food due to insufficient insulin, a hormone produced in the pancreas.

Trump’s “most favored nation” law seeks to lower prices in Medicare by linking the costs of certain medicines to cheaper prices in other developed countries. People often complain of buying the same drug in the U.S., when the price in Canada and Mexico are far cheaper. Obviously, the pharmaceutical industry strongly opposed the measure, arguing it would bring foreign price controls to the U.S. healthcare system and limit access. Groups including the Association of Community Cancer Centers and the Pharmaceutical Research and Manufacturers of America sued to block the rule. In December 2020, U.S. District Judge Catherine Blake issued a nationwide injunction on Trump’s “most favored nation” drug pricing rule that would tie Medicare Part B drug prices to those paid in other wealthy countries starting January 1, 2021. The Trump administration also removed the gag clauses that prevented pharmacists from telling patients how to buy less expensive drugs. Apparently, pharmacists could not talk to patients about how to buy drugs.

Seema Verma, the former U.S. Administrator, Centers for Medicare & Medicaid Services, wrote in an op-ed in October 2020, “This year, President Trump struck a deal –known as the Part D Senior Savings Model – with pharmaceutical manufacturers and plans that will provide many Medicare beneficiaries access to a broad set of insulins at a maximum $35 copay for a month’s prescription. We are encouraging beneficiaries to see if a participating plan that includes their insulin is right for them during Medicare Open Enrollment, which begins October 15.

This initiative could save the over 1.3 million seniors who rely on Medicare Part D plans and use insulin, an average of $446, or 66 percent, a year on their insulin costs. For those whose health, and even lives, depend on insulin, the savings will be nothing short of a godsend.”

In the 2020 election cycle, Eli Lilly (the largest U.S. maker of insulin), through entities and members, gave US$ 138,880 to Joe Biden vs. zero to Donald Trump. However, Senator Mitch McConnell got US$ 48,493, according to The Center for Responsive Politics.

West Virginia Senator Joe Manchin’s daughter Heather Bresch is the CEO of Mylan. Mylan manufactures the EpiPen, which is a life-saving device. In 2016, there was a scandal in which Mylan jacked up the price of the EpiPen 400%. EpiPens were about US$ 57 when Mylan acquired it. The EpiPen has been around since 1977.

Some of the largest institutional investors in Eli Lilly, a major maker of insulin include, the Lilly Endowment Inc. (holds 111,132,343 shares), Vanguard Group, BlackRock Inc., Primecap Management, State Street Corporation, and Fidelity Management & Research (FMR LLC). Some of the new hedge fund investors in Eli Lilly from September 30, 2020 filings, include Point72 Asset Management, L.P., GQG Partners LLC, and Sirios Capital Management LP. Lilly Endowment, headquartered in Indianapolis, Indiana, is one of the world’s largest private philanthropic foundations and among the largest endowments in the United States.

In a recent Eli Lilly 10-Q, “On July 24, 2020 and September 13, 2020, U.S. President Donald Trump signed Executive Orders related to the 340B Prescription Drug Program, rebate reform in Medicare Part D, drug importation including insulin, and foreign reference pricing in Medicare Part B and Part D. If implemented, these Executive Orders could have a material adverse impact on our future consolidated results of operations, liquidity, and financial position. On September 1, 2020, Lilly announced it would distribute all 340B ceiling priced products directly to covered entities and their child sites only. Lilly provides 340B discounts to a contract pharmacy only if it is a wholly owned subsidiary of a covered entity, if a covered entity does not have an in-house pharmacy or, in the case of insulin, if the subject covered entity and its contract pharmacies agree to pass along the discount to patients without any markup for dispensing fees and without billing insurance or collecting duplicate discounts. Lilly has been transparent with regulators on its distribution activity and continues to comply with all 340B program requirements. Certain covered entities and their trade associations have threatened litigation, questioning whether Lilly’s program, and similar actions by other manufacturers, violate 340B program requirements. On October 9, 2020, three covered entities sued the Department of Health and Human Services (HHS) and the Health Resources and Services Administration seeking to compel the agencies to take enforcement action against Lilly and three other companies, among other requested relief. On October 21, 2020, a trade association representing certain covered entities sued HHS seeking to compel the agency to promulgate administrative dispute resolution regulations. The cases are pending and the impact of these cases and any subsequent litigation is uncertain.”