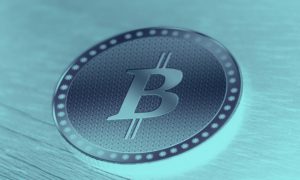 Tesla, Inc. announced it has bought $1.5 billion worth of bitcoin. In a filing with the Securities and Exchange Commission (SEC), Tesla said it bought the bitcoin for “more flexibility to further diversify and maximize returns on our cash.”

Tesla also said it will start accepting payments in bitcoin in exchange for its products “subject to applicable laws and initially on a limited basis.”

Corporate CFOs are looking to diversify their treasury holdings. Tesla’s move into bitcoin represents an investment of a significant percentage of its cash in the investment. Tesla had more than US$ 19 billion in cash and cash equivalents on hand at the end of 2020, according to its most recent filing. In its SEC filing, Tesla warned investors of the volatility of bitcoin’s price.

Bitcoin prices surged to new highs Monday following Tesla’s announcement, reaching a price of at least US$ 44,200. Tesla shares were up more than 2% Monday morning.