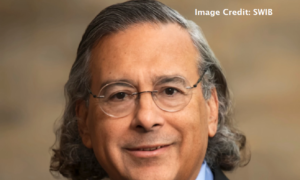 David Villa joined the State of Wisconsin Investment Board in 2006 as chief investment officer and was appointed executive director in 2018.

“SWIB and the State of Wisconsin have lost a visionary leader and a devoted public servant,” said David Stein, Chairman of SWIB’s Board of Trustees said in a press release. “For 15 years, David worked tirelessly to build an organization committed to helping Wisconsin’s public sector employees to retire in dignity.”

State of Wisconsin Investment Board confirmed David Villa died on February 13, 2021 at the age of 66. Prior to joining SWIB, David served for two and a half years as the Chief Investment Officer for the State Board of Administration of Florida and twelve years with UBS Global Asset Management, previously Brinson Partners. He began his career with First Chicago and Arthur Andersen. At the time of his death, David served as a trustee of the Financial Accounting Foundation, which is the parent organization of the Financial Accounting Standards Board and the Governmental Accounting Standards Board. He was a member of the 300 Club, a group of leading investment professionals from across the globe, and was serving as a director and treasurer of the Marguerite Casey Foundation, a foundation dedicated to empowering low income families to work together to build their communities. David graduated with a BA in Economics from Princeton University, an MA in Latin American Studies from Stanford University, and an MBA, in Finance and Accounting, from Northwestern University.