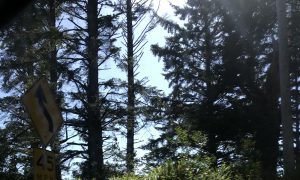 The Paris Agreement is an agreement within the United Nations Framework Convention on Climate Change, on climate change mitigation, adaptation, and finance, signed in 2016. There are many attempts and experiments trying to control global warming. Solar geoengineering refers to proposed approaches to cool the Earth by reflecting solar radiation back to space. Some of these experimental ideas range from sending a giant mirror into space to spraying aerosols in the stratosphere. The two main approaches being researched are stratospheric aerosol injection (SAI) and marine cloud brightening (MCB). Microsoft’s billionaire founder Bill Gates is financially backing the development of technology that could dim the sun. The Stratospheric Controlled Perturbation Experiment (SCoPEx) was launched by Harvard University scientists. The goal of the experiment is to examine this solution by spraying calcium carbonate (CaCO3) dust into the atmosphere. Stratospheric aerosol injections could cool the planet in a similar way to a large volcanic eruption. For example, when a volcano erupts, it sends an ash cloud high into the atmosphere. Released sulphur dioxide in the plume combines with water to form sulfuric acid aerosols. These aerosols are able to reflect incoming sunlight. According to the USGS, “Yes, volcanoes can affect weather and the Earth’s climate. Following the 1991 eruption of Mount Pinatubo in the Philippines, cooler than normal temperatures were recorded worldwide and brilliant sunsets and sunrises were attributed to this eruption that sent fine ash and gases high into the stratosphere, forming a large volcanic cloud that drifted around the world.”

In a December 15, 2020, Harvard University article by SEAS press team, “Injecting light-reflecting aerosols into the stratosphere — known as solar geoengineering —could be used in conjunction with emissions reduction to lower the risks of a climate change and cool the planet. But deliberately introducing particles into the atmosphere may also carry significant risks, and those dangers may increase depending on what aerosols are used. Sulfate aerosols, for example, could contribute to ozone damage and stratospheric heating.

In 2016, researchers from the Harvard John A. Paulson School of Engineering and Applied Sciences (SEAS) used computer models to find that calcium carbonate (CaCO3) could not only reflect light and cool the planet but also counter ozone loss by neutralizing emissions-borne acids in the stratosphere — like an antiacid for the atmosphere.”

The Intergovernmental Panel on Climate Change issued a report that suggests the SCoPEx procedure could possibly lower global temperatures by a full 1.5° C. However, global cooling could bring serious risks, such as crop failures and cold weather freezes. The United States, Brazil, and Saudi Arabia blocked a 2019 United Nations assessment of global geoengineering plans.

Harvard’s Solar Geoengineering Research Program (SGRP) is funded by the following foundations and individuals. All donations are philanthropic gifts.

SCoPEx also received in-kind support from NOAA, which provided the POPS instrument that will provide size-resolved measurements of particle concentration.