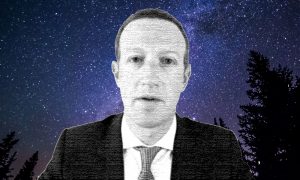 Australia’s citizens have been reliant on the services of Google and Facebook for quite some time. As countries begin to revolt against U.S. tech companies and its hegemony, opportunities could arise for local search engines and more diverse social networking companies.

The Australian law forces large U.S. tech companies to fairly pay local Australian publishers for use of their content. Last month, Google (part of Alphabet) threatened to remove its search engine from Australia altogether over the legislation. However, Google has in recent days signed payment deals with three major Australian media outlets. According to Reuters’ Digital News Report, news is the third biggest reason for why people go to social media sites like Facebook. Facebook will pay for news when it wants to. For example, Facebook inked commercial deals with media companies in the U.K.

Facebook put out a press release, “The proposed law fundamentally misunderstands the relationship between our platform and publishers who use it to share news content. It has left us facing a stark choice: attempt to comply with a law that ignores the realities of this relationship, or stop allowing news content on our services in Australia. With a heavy heart, we are choosing the latter.

This discussion has focused on US technology companies and how they benefit from news content on their services. We understand many will ask why the platforms may respond differently. The answer is because our platforms have fundamentally different relationships with news. Google Search is inextricably intertwined with news and publishers do not voluntarily provide their content. On the other hand, publishers willingly choose to post news on Facebook, as it allows them to sell more subscriptions, grow their audiences and increase advertising revenue.”

Back in late December 2014, Google shuttered its Google News service in Spain just before a new intellectual property law was introduced.