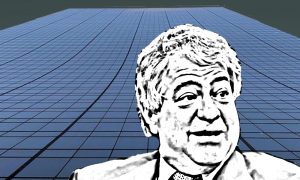 Leon Black (age 69) is the billionaire co-founder of Apollo Global Management Inc., one of the largest private equity firms. Black decided to step down as chairman of Apollo in an unexpected move. This is the biggest change in corporate governance prompted by the discovery of his links to late financier and convicted sex offender Jeffrey Epstein. Earlier, Apollo co-founder Marc Rowan (age 58) had formally assumed the title of chief executive officer from Black. Apollo mentioned at the time Leon Black would stay on as chairman. However, Black is leaving the chair role to former Securities and Exchange Commission (SEC) Chairman Jay Clayton (age 54), who was named lead independent director in February 2021.

Leon Black cited health issues of himself and his wife in announcing his step back.

“The relentless public attention and media scrutiny concerning my relationship with Jeffrey Epstein – even though the exhaustive Dechert report concluded there was no evidence of wrongdoing on my part — have taken a toll on my health and have caused me to wish to take some time away from the public spotlight that comes with my daily involvement with this great public company,” Black said in a letter to Apollo’s board of directors.

Apollo Global Management released a report detailing how Black had paid Epstein US$ 158 million for financial advice between 2012 and 2017.

Marc Rowan ended up winning the battle to become the successor at Apollo. Josh Harris (age 56) soon then relinquished day-to-day handling of operations.

Harris had spent years positioning himself and reportedly to have advocated for Leon Black to step down as CEO over to reputational damage the Epstein news had on Apollo. However, Leon Black persuaded Marc Rowan to accept the CEO role.

Harris and Rowan worked at Drexel Burnham Lambert and Leon Black brought them to Apollo and others in 1990.