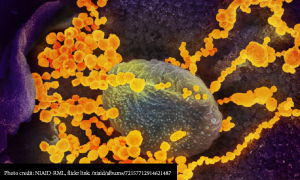 The Pentagon’s Defense Advanced Research Projects Agency (DARPA) is working on creating an implantable microchip that would monitor the human body for signs of the coronavirus. DARPA wants to take pandemics off the table. COVID-19 has infected more than 250,000 U.S. Defense Department personnel and their dependents around the world.

Tissue-Like Gel in the Skin
Tissue chip development is one of the rapidly growing areas in biomedical sciences. On the 60 Minutes Show, Retired U.S. Colonel Matthew (Matt) Hepburn, an army infectious disease physician heading up DARPA’s response to the pandemic, held up a vial of green tissue-like gel which contained the chip. On the show, Hepburn said “That tiny green thing in there, you put it underneath your skin and what that tells you is that there are chemical reactions going on inside the body and that signal means you are going to have symptoms tomorrow.”

“It’s like a ‘check engine’ light,” Hepburn added. Hepburn joined DARPA as a program manager in 2013 and aims to address the dynamic threats of emerging infectious diseases with potential impact on national security.

Hepburn also revealed that DARPA has developed a filter to remove the virus from the blood through a dialysis machine, and that the FDA has approved it, and it has already been used on 300 patients.

U.S. President Dwight D. Eisenhower followed the advice of Secretary of Defense Neil McElroy and scientists to propose the creation of the Advanced Research Projects Agency (ARPA). This was after the Soviet Union launched the first artificial satellite, Sputnik I, an event that shocked the United States.

*** From DARPA Website ***
Microphysiological Systems
Recent DARPA research has shown the ability to accelerate production of millions of doses of vaccine using novel plant-based methods. But clinical trials for vaccines and drugs can’t be initiated without preclinical evidence of their safety in people. Human safety and drug performance is not always effectively predicted through animal testing and the Defense Department must rapidly develop and field safe and effective medical countermeasures against biological threats to warfighters. To create a pathway for fielding safe and effective countermeasures, DARPA has launched the Microphysiological Systems program. MPS will develop a platform that uses engineered human tissue to mimic human physiological systems. The interactions that candidate drugs and vaccines have with these mimics will accurately predict the safety and effectiveness that the countermeasures would have if administered to people. The resulting platform should increase the quality and potentially the number of novel therapies that move through the pipeline and into clinical care. 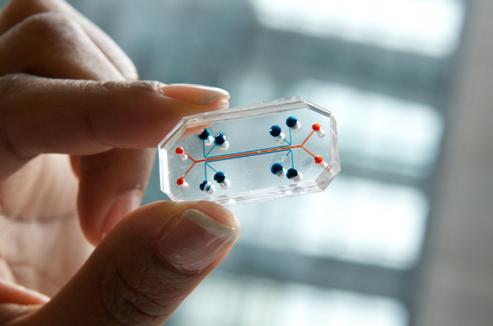