A subsidiary of Unilever is getting into U.S. social politics, requesting the government to defund police. The subsidiary is Seventh Generation, Inc., which was formed in 1988 and sells “eco-friendly” cleaning and personal care products. In 2016, Unilever acquired Seventh Generation for an estimated US$ 700 million. 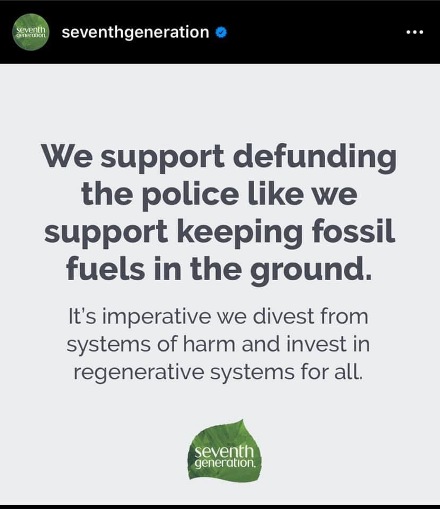 Some of the largest institutional shareholders in Unilever include BlackRock, Gardner Russo & Gardner LLC, Wellington Management Company LLP, and Arrowstreet Capital LP. Some of the fund managers manage the pensions of U.S. police officers and firefighters.

For example, Ohio Police & Fire Pension Fund Arrowstreet Capital to manage about US$ 750 million in active international equities back in 2018.

Plastic pollution has become one of the most pressing environmental issues in the world today. Furthermore, millions of animals are killed by plastics every year, from birds to fish and other marine life. Unilever itself does not have a clean track record, which could impact its ESG ratings. In March 2019, Greenpeace Southeast Asia (Philippines) believes that Nestlé and Unilever are responsible for a quarter of the branded throwaway plastic driving the plastic pollution crisis in the Philippines.