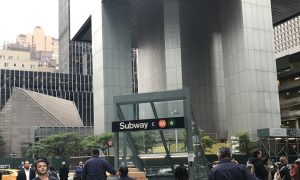 The strategic partnership is subject to certain closing conditions.

In January 2021, York Capital Management was in talks to sell its CLO division. This is months after York left the hedge fund business and weeks before writing a letter to investors promising to double down on the asset class. Jamie Dinan is the owner of the Milwaukee Bucks. York Capital Management has only issued small number of CLOs in its history, with its first deal in January 2015.