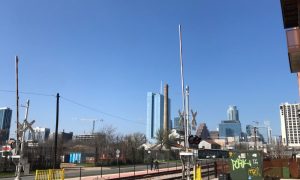 As Northeast states pass executive orders and laws to pressure banks on guns, Southern states are pushing back with their own legislation, putting Wall Street in the middle. The Texas House of Representatives passed a bill that would block state and local governments from contracting with banks and other financial-services companies that have policies that limit their work for the firearms or ammunition industries. Texas is home to a number of public funds including UTIMCO and the Teacher Retirement System of Texas. The State of Texas also taps the municipals markets for debt. The legislation would affect governmental entities, which Texas law defines as state agencies, as well as political subdivisions like counties, municipalities and school districts. In the U.S., the second amendment is a passionate issue for American voters (right to bear arms).

There is a different version of the bill in the Texas senate. Once the bill passes both chambers it will likely head to Texas Governor Greg Abbott for his approval.

The law would impact business for Bank of America Corporation and Citigroup Inc., both of which enacted policies targeting certain types of firearms. Bank of America said it ceased extending new loans to companies that manufacturer certain types of rifles. Citigroup won’t do business with retailers who sell guns to people under certain age limits. Some Wall Street banks didn’t kowtow to the anti-gun lobby. Wells Fargo and JPMorgan Chase continues to lend to firearm manufacturers and retailers.

Financial payment providers like PayPal have canceled business and personal accounts of people involved in the gun industry. PayPal, Apple Pay, and Square have all banned firearm sales and transactions through their systems. Mastercard and Visa Inc. also reiterated they would not stop customers from making lawful purchases of guns.