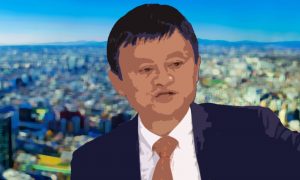 Alibaba Group Holding Limited (ticker: BABA) was a darling direct listed equity holding for many large U.S. and Canadian public pensions. Alibaba was the largest Chinese equity holding for many U.S. pensions in 2020. However, shares of Alibaba have lost approximately a third of their value since last fall as Chinese regulatory pressure intensified. Many institutional investors ignored Trump’s trade war with China when it came to Chinese stocks, but were concerned about how the Chinese government dealt with tech companies in mainland China. The surprise nixing of the public offering of Ant Group (formerly Ant Financial) shocked public funds. Alibaba owns around a third of Ant Group. Profit and revenue for the quarter for Alibaba will be less of an issue versus outstanding and possibly future regulatory issues that need resolution.

In the first quarter of 2021, a number of sizeable North American public funds dropped major positions in Alibaba Group. The California Public Employees Retirement System (CalPERS) sold down 4,103,803 shares to about 251,815 shares, or about a US$ 930 million position in the company.