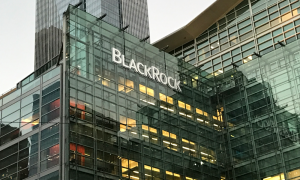 The trustees of British Airways’ pension schemes (BA Pensions) made a move to outsource all directly managed assets to BlackRock in the largest OCIO deal to date in the U.K. OCIO stands for outsourced chief investment officer. This brings closure to one of England’s more experienced independent in-house teams. Employees of provider British Airways Pension Investment Management Limited (BAPIML), including CIO David Stewart and Deputy CIO John St Hill, have transferred to BlackRock, alongside some from the administration unit. The property team under Paul Scott also moved to BlackRock. BlackRock was selected following a competitive tender process.

It also said the investment needs of its maturing pension schemes had changed considerably, requiring an increased focus on managing investments to provide an income that matched members’ pension benefits.

“Operating as our in-house investment manager, BAPIML has delivered excellent investment performance and stewardship of the schemes over many years,” said Roger Maynard, chair of trustee APS and NAPS trustee. “This agreement is the necessary next step in the evolution of the schemes as they look to enhance their respective investment strategies, working toward their funding goals.”