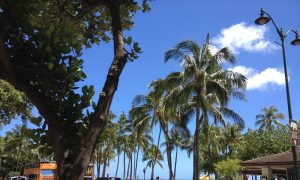 Macquarie Infrastructure Corporation (NYSE: MIC) is selling its Hawaii businesses to an affiliate of Argo Infrastructure Partners, LP. The expected consideration of $3.83 per unit. The transaction is expected to close in the first half of 2022. MIC Hawaii comprises primarily a combined regulated gas utility and unregulated distributor of propane, and several smaller businesses collectively engaged in efforts to reduce the cost and improve the reliability and sustainability of energy in Hawaii. Under the terms of the merger agreement, at closing, Argo will pay the merger consideration to unitholders, and fund transaction costs and fund a disposition payment to MIC’s external manager of approximately $82 million if the merger closes on or before July 1, 2022 or $57 million if the merger closes after this date. The disposition payment was calculated in accordance with the Disposition Agreement between MIC and the Company’s external manager dated October 30, 2019.

The terms of the merger agreement correspond to an enterprise value for MIC Hawaii of $514 million including assumed debt and transaction costs. Lazard and Evercore acted as financial advisors and White & Case LLP acted as legal advisor to MIC.

In October 2019, MIC announced its pursuit of strategic alternatives including a sale of the whole of the Company or its individual operating businesses. MIC launched the sales processes early in 2020.

In December 2020, MIC completed a sale of its bulk liquid storage terminal business, International-Matex Tank Terminals, for $2.67 billion. The proceeds were used to eliminate holding company level debt with the remainder distributed to shareholders as a special dividend of $11.00 per share in cash in January 2021. The buyer was an affiliate for Riverstone Holdings LLC.