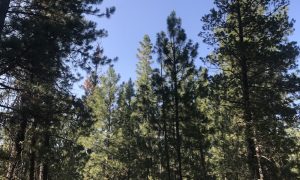 The State of Georgia has attracted Hollywood and media streamer giants like Netflix and Amazon Studios (Amazon.com, Inc.). Georgia has tax incentives for filming.

Founded by Ryan Millsap, Blackhall Studios hosts some of the largest Hollywood productions in Georgia in recent times. Blackhall is one of the largest production studios in Georgia. The sound stages produce more than US$ 500 million worth of content annually. Shows filmed in Blackhall Studios include “Lovecraft Country” on HBO and movies such as “Doctor Sleep” and “Venom”. Blackhall Studios plans to build new sound stages on 200 acres of natural forest in Dekalb county (just outside of Atlanta). Environmental groups such as the South River Watershed Alliance, a Section 501(c) (3) charitable organization, is protesting the studio expansion, which would cut down trees and increasing the carbon footprint. According to South River Watershed Alliance’s website, they state, “Intrenchment Creek Park (ICP) is a beautiful 136 acre public park in south DeKalb County, inside Atlanta’s I-285. The park’s tree canopy, wetlands and floodplain work together to protect the South River’s largest urban tributary, Intrenchment Creek. The creek and river depend on ICP for improved water quality and protection from destructive stormwater runoff.

Increasingly, institutional investors are concerned with ESG. Environmental concerns are at risk since many of these listed companies like Amazon use studios to film movies and shows.