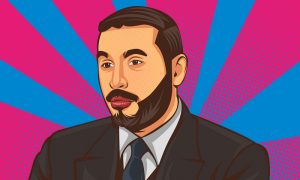 Cayman Islands-based Blue Whale Acquisition Corp I is a media and entertainment SPAC formed by Mubadala Capital. The SPAC, or blank check company, filed for a US$ 200 million initial public offering. The CFO of Blue Whale is Russ Pillar. Russ Pillar spent most of the last three decades running major consumer brands. Russ Pillar founded and currently is Executive Chairman of Reigning Champs, the world’s largest NCAA-compliant path-to-college company for student-athletes, where he has served since 2011. Pillar also is Senior Advisor to Mubadala, where he initiates, evaluates, and manages direct investment opportunities globally. Prior to founding Reigning Champs, Pillar was President and Director of the Los Angeles Marathon; President of the Viacom Digital Media Group; President and Chief Executive Officer of the CBS Internet Group; President, Chief Executive Officer, and Director of Sir Richard Branson’s Virgin Entertainment Group; President and Chief Executive Officer of Prodigy Internet and Vice Chairman of Prodigy Communications Corporation; among other roles.

Part of the S-1 filing reads, “Our sponsor is affiliated with Mubadala Capital. Mubadala Capital was established in 2011 as the asset management arm of Mubadala Investment Company PJSC (“Mubadala”), an Abu Dhabi government-owned sovereign investor, with more than $243 billion of assets under management.

Mubadala Capital is a differentiated and value-added investor that leverages both the Mubadala network and the relationships embedded within the investment team to source proprietary investment opportunities on a global basis. The firm has a cohesive and tenured investment team led by senior leadership who have worked together for more than twelve years.

We intend to pursue a merger with a high-quality company in our target sectors, especially one where our strategic expertise will add value to the target’s businesses post-merger. As a well-capitalized investor with demonstrated domain expertise and a historical preference for partnering with strong management teams to deliver growth and create value, we believe that our sponsor is distinguished from other potential investors and well positioned to succeed in consummating an initial business combination.”