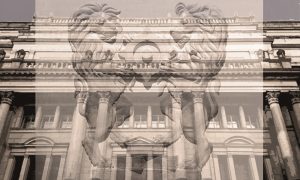 The Bank of Japan (BOJ) disclosed it strategy on combating the effects of climate change on planet Earth. BOJ revealed it has intentions of furthering its efforts on climate change in addition of its original goals of achieving price stability and ensuring the stability of the financial system.

The BOJ outlined a new loan facility to banks lending to projects or companies “tackling” climate change. The new climate lending facility will allow the central bank to lend to commercial banks at zero interest rates for up to one year. The projects must be in Japan. The size and scale of the platform will be released later in the year. The loans can be rolled over without a limit under the facility, which is scheduled to last through fiscal year 2030. The central bank will exempt reserves held at BOJ from the negative interest rates equal to twice the amount they lend out. The 0% interest rate is the same as the current Financing Program to Support Economic Growth and the COVID-19 Financing Program.

No Changes
The BOJ announced its main monetary policy levers remain unchanged, including short-term interest rates at minus 0.1% and long-term rates at around zero.