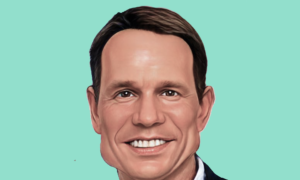 In 2020, the MSCI China index returned 29.67% versus 23.66% in 2019. In late July and early August 2021, Chinese stocks faltered in market value, as the Chinese Communist Party (CCP) stamped its centenary with a tough-talk speech in Beijing by Chinese President Xi Jinping. After years of “lax” regulation, President Xi has reigned in Chinese big tech companies, banks, and education-tutoring companies in a bid to pullback inequities and demonstrate to the world that the government is in ultimate control. The early signposts of Chinese government power being exercised on the private sector was catalyzed with the proliferation of Chinese insurance companies and lenders betting big overseas. The fall of Anbang Insurance was a major milestone in the retreat of China’s steady embrace of capitalism.

“The Chinese people have never bullied, oppressed or enslaved the peoples of other countries, not in the past, not now, and not in the future,” Xi Jinping said in a speech on July 1, 2021 at the ceremony marking the centenary of the ruling Communist Party in Beijing, China (translated).

“At the same time, the Chinese people will never allow foreign forces to bully, oppress or enslave us,” he added. “Whoever nurses delusions of doing that will crack their heads and spill blood on the Great Wall of steel built from the flesh and blood of 1.4 billion Chinese people.”

Unlike former U.S. President Donald Trump who constantly complained about U.S. big tech after they censored him and his political supporters, Xi Jinping cracked down on China’s big tech, starting with Jack Ma’s Ant Financial, limiting its scope and potential market power. On August 4, 2021, on CNBC’s Squawk Box show, former U.S. Trade Advisor Peter Navarro said, “President Xi Jinping might have taken one look at what Google, Facebook, and Twitter did to Donald J. Trump with their political power and decided that big tech in China isn’t going to get that big.”

Navarro adds from the Chinese crackdown on its companies is “one of the biggest victims is America’s pension funds.”

China’s stock market is already the second largest in the world. Many U.S. and Canadian public pensions increased allocation to Chinese stocks since 2015, both in public and private markets. Canadian pensions went full bore into companies like Tencent Holdings Limited and Ant Financial, the financial services spin-off of Alibaba Group Holding Limited. Canadian pensions saw the promise of China as a potential source of long-term capital appreciation and income for its retirees. Part of the Canada Pension Plan Investment Board’s 2025 plan in 2019 was to invest up to one-third of its fund assets into markets like China, India, and Latin America. According to the SWFI transaction database, Canadian public pensions directly invested US$ 4.927 billion in Chinese assets in 2018, US$ 2.62 billion in 2019, and US$ US$ 4.85 billion in 2020. These figures exclude fund commitments and Hong Kong-based investments. For mainland Chinese equities, liquidity is fueling much of the recent action in the stock market in China, in which retail money favors certain stocks. Margin financing fueled a bubble in China’s equity markets in 2015, along with support from Chinese financial institutions stepping in. The regulatory crackdown on Chinese companies is creating pushback in stock prices however.

Beijing’s Tighter Financial Regulations
The seemingly untouchable Alibaba founder Jack Ma encountered government backlash after a speech in which he blamed government regulators for being inept and behind the times. This speech occurred just before Ant Financial (now Ant Group) was supposed to go public. Jack Ma violated a major informal rule in the new China. One can get rich and famous, but one cannot harshly critique the CCP. Later, Chinese regulators proved their worth by mandating tougher changes at Ant Group, while Jack Ma went into “hiding” from the media. Ant Group was impacted by Chinese regulations, as its profit fell to US$ 2.1 billion in March 2021 quarter compared to a previous period. The regulatory onslaught also impacted Tencent Holdings. Tencent pledged to further limit play time for Chinese minors and forbid in-game purchases for the youngest players.

Didi
The Didi ride-hailing app is very popular in China, crushing Uber in the country by marketshare. Didi Global was supposed to be one of the hottest initial public offerings of 2021. Two days after its U.S. stock debut and raising more than US$ 4 billion, Chinese government regulators announced a sweeping enforcement against Didi Global. These regulators alleged Didi has been using—or potentially misusing—customer data. The sheer timing of the enforcement action, followed by an order from the Cyberspace Administration of China that Chinese app stores remove Didi until the issues are resolved, sent Didi’s stock price plunging. In August 2021, government authorities ordered a further 25 apps operated by Didi to be removed from app stores.