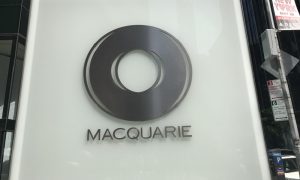 Under the agreement reached with Southern Water’s existing shareholders, Macquarie Asset Management will invest, on behalf of long-term investors including pension funds and insurance companies, over £1 billion in new equity to recapitalize the business and implement a more sustainable financing strategy for Southern Water. The capital injection will enable Southern Water to invest significantly to upgrade its network with £2 billion to be invested over the next four years of the current regulatory period to fix the pipes, pumping stations, and sewers which are underperforming and causing harm to the local environment.

This major investment program is equivalent to approximately £1,000 for each property in Southern Water’s catchment area and will allow Southern Water to access the resources it needs to improve its operational and financial performance, financial resilience, and relationship with its customers. Macquarie Asset Management has consulted extensively with Ofwat, the regulator of water and wastewater services in England and Wales. In a letter published on Monday, Ofwat warned Macquarie that “very profound changes” would be required at Southern Water.

In October 2007, infrastructure funds led by JPMorgan Chase & Co purchased Southern Water from Royal Bank of Scotland for about £1.3 billion. JPMorgan paid £360 million for a 32% stake in Southern Water and Australia’s Challenger Infrastructure Fund £300 million for 27%. The other investors in 2007 were a group of seven Australasian pension funds advised by Access Capital, which had an 18%, UBS had an 18%, Hermes at 4%, and Consensus Business Group at 1%. Royal Bank of Scotland bought a controlling stake in Southern Water in 2003.