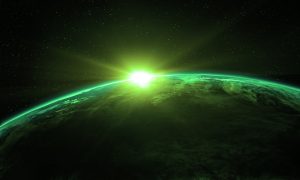 Sir Richard Branson dumps another huge Virgin Galactic Holdings, Inc. stake, this one worth US$ 300 million. Some Wall Street analysts from banks such as Morgan Stanley and Credit Suisse downgraded the stock due to a lack of planned flights as the company begins a months-long maintenance update. Richard Branson, through his Virgin Investments group, sold 10.4 million shares of Virgin Galactic this week at various prices, ranging from US$ 25.75 to US$ 34.39 a share, according to an SEC filing. At one point, Branson owned 23.6% of Virgin Galactic Holdings. This is Branson’s third major stock sale since taking Virgin Galactic public through a SPAC in 2019. Branson’s earlier sales were estimated to be US$ 504.5 million in May 2020 and US$ 150.3 million in April 2021.

Other large shareholders of Virgin Galactic include The Social+Capital Partnership LLC at 6.54%, Mubadala Investment Company at 4.9%, Vanguard Group at 4.69%, Polar Asset Management Partners, Inc. at 2.03%, and Samlyn Capital LLC at 1.74%, according to the latest available ownership data.

“The Virgin Group continues to be the largest single shareholder in Virgin Galactic,” Branson’s parent company said in a statement. It added that it “intends to use the net proceeds from this sale to support its portfolio of global leisure, holiday and travel businesses that continue to be affected by the impact of the COVID-19 pandemic, in addition to supporting the development and growth of new and existing businesses.”