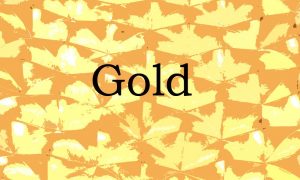 Which U.S. President Ended the 40-Year Ban on Owning Gold Coins and Bullions?

Generally speaking, gold is the antithesis of fiat currencies and is viewed as a hedge against inflation.

PRESIDENT GERALD FORD
U.S. President Gerald Ford rescinded the 40-year ban on ownership of gold coins and bullions by signing a no-name bill, Public Law 93-373, in August 1974. On December 31, 1974, with Executive Order 11825, President Ford repealed the Executive Order that U.S. President Franklin Delano Roosevelt used to call in gold in 1933. This measure was a necessity as President Ford inked a bill legalizing private ownership of gold coins, gold bars, and certificates by an act of Congress codified in Pub. L 93-373 which went into effect December 31, 1974. In 1977, Congress removed the president’s authority to regulate gold except during a national emergency of war. On December 17, 1985, President Ronald Reagan signed into law the Gold Bullion Coin act which allowed the U.S. Mint to produce gold coins from “newly mined domestic sources”.

LAND OF THE FREE AND GOLD
U.S. President Franklin Delano Roosevelt on April 5, 1933 signed Executive Order 6102, which forbade ownership of quantities of gold coin, bullion, and gold certificates worth in excess of US$ 100 (about 5 troy ounces), or around US$ 8,900 worth of gold in today’s price. Executive Order 6102 required all persons to deliver on or before May 1, 1933, all but a small amount of gold coin, gold bullion, and gold certificates owned by them to the Federal Reserve in exchange for US$ 20.67 per troy ounce. Under the Trading with the Enemy Act of 1917, as amended by the recently passed Emergency Banking Act of March 9, 1933, a violation of the order was punishable by fine up to US$ 10,000 and up to ten years in prison, or both.

There were some exemptions which included customary use in industry, profession or art,” a provision that covered artists, jewelers, dentists, signmakers, etc.

Once the U.S. government seized the gold, the price of gold from the Treasury for international transactions was then raised by the Gold Reserve Act to US$ 35 an ounce. Thus, the government made a profit and created the Exchange Stabilization Fund, established by the 1934 Gold Reserve Act. Numerous individuals and companies were prosecuted related to Roosevelt’s Executive Order 6102.

It is important to note that the price of gold was fixed from January 30, 1994 until August 15, 1971. On August 15th, U.S. President Richard Nixon said the U.S. government would no longer convert U.S. dollars to gold at a fixed value. This was the abandonment of the gold standard for foreign exchange.