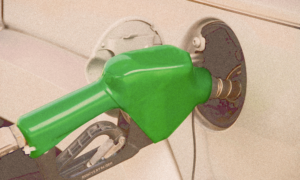 The core personal consumption expenditures price index (PCE) is a key inflation metric used by the Federal Reserve. The inflation measure increased 3.6% in July 2021 from a year ago and tied the highest level in roughly 30 years. Including volatile food and energy prices, the PCE index rose 4.2% year over year, up from 4% in June 2021 and the highest reading since January 1991. Considering energy and food factors, which increased 23.6% and 2.4%, respectively, from a year ago, remain key variables. The PCE index is viewed as a more accurate measure of inflation than the consumer price index (CPI) as it tracks a broader range of goods and gives more weight to substitution.

From the BEA:The PCE Price Index Excluding Food and Energy, also known as the core PCE price index, is released as part of the monthly Personal Income and Outlays report. The core index makes it easier to see the underlying inflation trend by excluding two categories – food and energy – where prices tend to swing up and down more dramatically and more often than other prices. The core PCE price index is closely watched by the Federal Reserve as it conducts monetary policy.

The Federal Reserve under Chair Jay Powell embarked on serious extensive QE policies once the COVID-19 pandemic infected the economy of the U.S. As the months rolled on, the Federal Reserve viewed inflation pressures as transitory. However, in recent days, Federal Reserve officials have conceded that the “transitory” inflation situation may last longer than originally thought.

Democrats See Chance to Pass Massive Spending Packages Before Mid-Term Elections
On August 24, 2021, in a 220-212 party-line vote, House Democrats passed a US$ 3.5 trillion budget resolution and advanced a US$ 1 trillion bi-partisan infrastructure bill. The groundbreaking vote allows Democrats to write and approve a massive spending package without Republican support. It also places the U.S. Senate-passed infrastructure plan on a path to final passage in the House of Representatives.

On August 24, 2021, Congressional Progressive Caucus Chair Pramila Jayapal, D-Washington, said the two proposals are “integrally tied together, and we will only vote for the infrastructure bill after passing the reconciliation bill.”

The working date to pass the infrastructure bill is September 27, 2021.