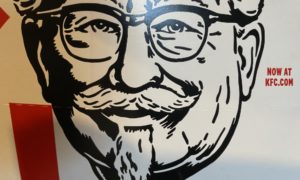 First, CDC data shows that having obesity increases the risk of severe illness from COVID-19. People who are overweight may also be at increased risk. According to the CDC, in the U.S., more than two in five adults classify as obese.

University of Gothenburg researchers conducted a study and found that people who are more overweight are less likely to die from severe bacterial infections than those who are slim. The study is called “Impact of obesity on outcome of severe bacterial infections” and is by Åsa Alsiö , Salmir Nasic, Lars Ljungström, and Gunnar Jacobsson. Institutional investors backing companies like Yum! Brands, McDonalds, and Coca-Cola Consolidated Inc could find some positivity in the study results.

“In the context of most other diseases, overweight and obesity are disadvantageous. This applies to several types of cancer, cardiovascular disease and, in particular, COVID-19, in which a higher BMI is associated with higher mortality. Paradoxically, it’s the other way round here,” comments study author Dr. Åsa Alsiö from Sahlgrenska Academy in a university press release.

NOTE: Bacteria and viruses are different.

More Confirmation on the Obesity Survival Paradox
The study was over nine months and researchers studied 2,196 patients treated for bacterial infections at Skaraborg Hospital in Skövde, Sweden. The researchers found that having a high BMI increased the patient’s chance of survival in both the short (28 days) and long-term (1 year after hospitalization).

In the study, the “normal” weight group had 26% of participants died within one year of their infection, compared to just nine to 17 percent in those in the overweight to obese range.

The conclusion reads, “The hypothesis and paradox of obesity being associated with higher survival rates in severe bacterial infections was confirmed in this prospective, population-based observational study.”