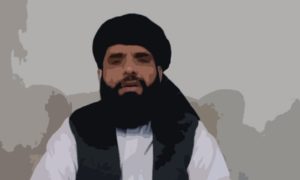 COPPER and LITHIUM: China Sees Opportunity with Taliban as Part of the Silk Road

As the Biden administration fumbled America’s disastrous exit from Afghanistan, China appears to be filling the void economically speaking. After 20+ years of occupation, the Taliban regained control of Afghanistan in a botched exodus by the U.S. State Department and executive leadership. America’s exodus from Afghanistan was widely condemned by its allies in the Afghanistan war including the United Kingdom. On August 26, 2021, two suicide bombers and gunmen attacked crowds of Afghans running to Kabul’s airport. The attacks killed at least 90 Afghans and 13 U.S. troops. It was the worst single-day loss for the Pentagon in Afghanistan since 2011, in which Obama was president and Joe Biden was vice president of the U.S.

The Taliban were able to seize military equipment, airplanes, and military vehicles.

The Taliban said that China will keep its embassy in Afghanistan and also increase foreign aid. China’s One Belt, One Road Initiative (BRI) links Asia to Europe. The Taliban will now gain control of the country’s rich copper mines, which could be modernized by Chinese capital. Despite Afghanistan being one of the poorest nations in the world, the country sits on mineral deposits worth nearly US$ 1 trillion (various estimates), including access to lithium, a key component for electric vehicles. Earlier, the Pentagon dubbed Afghanistan the “Saudi Arabia of lithium.”

As the Taliban formalizes its government in Afghanistan, they see partners in Qatar, Turkey, China, Russia, and Pakistan. Interestingly, in the middle of August 2021, the International Monetary Fund (IMF) agreed to provide US$ 2.77 billion “unconditional” funds to Pakistan. In December 2019, the IMF approved a 39-month, US$ 6 billion Extended Fund Facility (EFF) for Pakistan.

Will China be able to execute on its foreign aid in Afghanistan?

China Metallurgical Group Corporation and Jiangxi Copper Company Limited reached a $2.9 billion deal for a 30-year lease on a high-grade copper ore deposit at Mes Aynak in May 2008. The consortium later called itself MCC-JCL Aynak Minerals (MJAM). The work eventually ceased as security concerns regarding the Taliban were of concern. Beijing had been negotiating and debating the agreement between former President Hamid Karzai and by then President Ashraf Ghani. Now the story might change as the Taliban controls Afghanistan again.